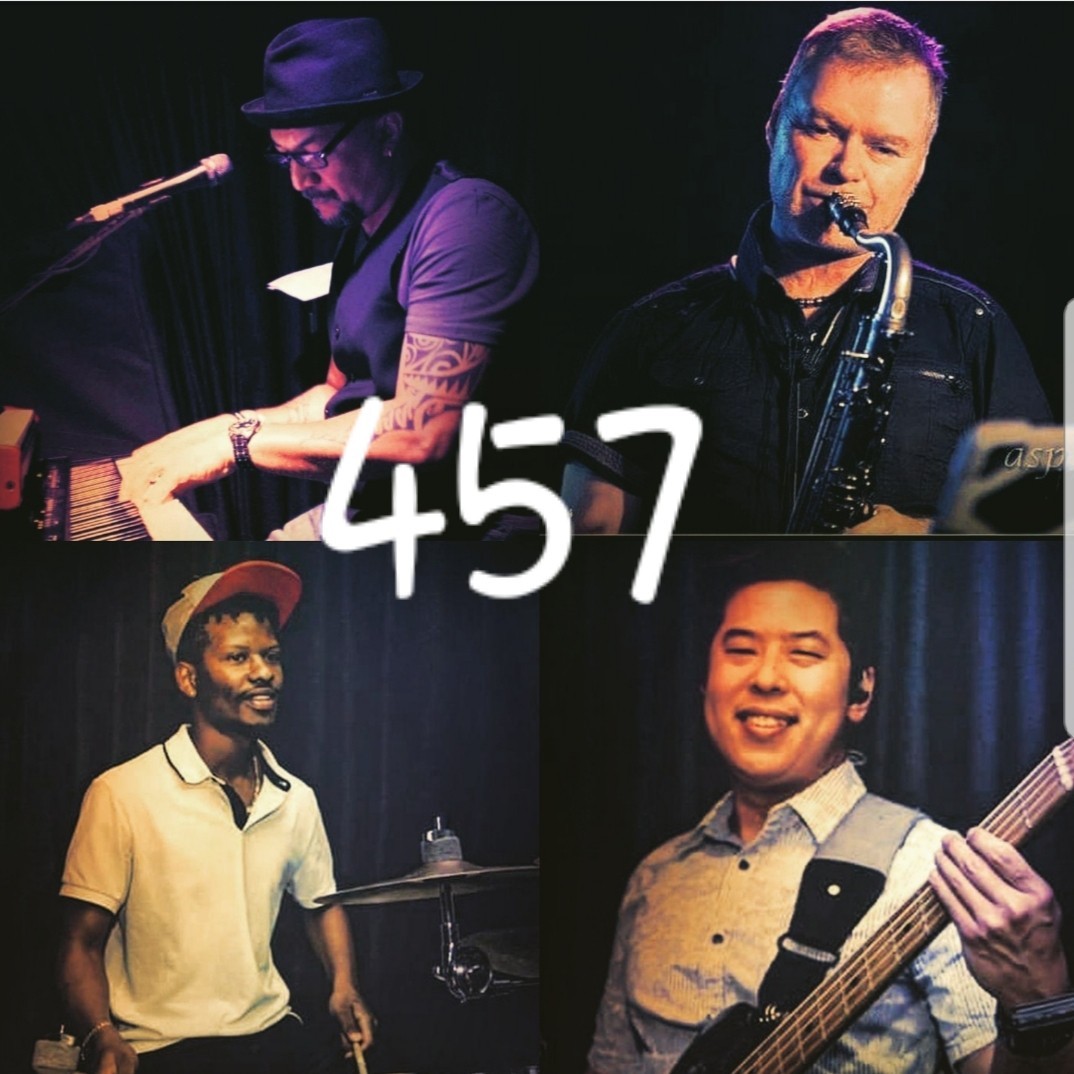 457 is the ultimate Mauritian Jazz Band bringing a new approach to Jazz classics by bringing the groove from the Indian Ocean and Martinqiue Island. With a mix Jazz standards in their unique style along with original compositions,  457 take the best parts of jazz, classical funk and RnB and turn it into something fresh for their listeners. They are well suited for weddings, private functions, corporate events, cocktail parties and more. Perfect for creating an atmosphere of sophistication to your event.

THIERRYNO GANGOU (Keys)
Thierryno Gangou was born in Mauritius and began his musical journey at the age of 7. He has built his musical career over the years playing in multiple countries and numerous bands. He is now based in Perth, Western Australia and is the main composer and arranger of 457. His compositions paint a portrait of the people around him and portray the way he sees the world.

HARDY PERRINE (Drums)
Hardy Perrine was born on the island of Rodrigues (Mauritius) where he learnt his drum skills by playing with various local bands from his native island and the main Mauritius island. Since he moved to Perth, he has been performing with Grace Barbe Afro Kreol Band, Soukousse International, Crucial Rockers and many more. He joined 457 band in 2018 bringing his expertise of the Mauritian groove to the original compositions of the band.

MIKE COLLINSON (Saxophone, Clarinet, Flute)
Mike is an in-demand woodwind multi-instrumentalist hailing from South Australia. After studying the clarinet from the age of 11, he added saxophone to his arsenal before moving to Perth to pursue further musical study at WAAPA (Bachelor of Music majoring in Jazz Performance). Mike performs regularly at Perth’s finest venues in various styles of music and has performed with a long list of international and local artists including Jerry Lewis, Tony Schilder, Marcia Hines, Glenn Shorrock, Dale Barlow, James Morrison, Marina Prior, Todd McKenney, and Grace Night, to name a few.

JONATHAN CHEN (Bass)
Jonathan is a Malaysian bass player who loves all genres of music ranging from classical to progressive rock. Currently, he freelances as a session musician in Perth performing for duos, trios at pubs or corporate gigs. In 2018, he teamed up with 457 and enjoys exploring music infused with grooves from Mauritius.