“It must be said that the voice of Josh Johnstone, both sweet and slightly husky, provides an incredibly real feel. Our man has really carved a voice to appeal to a wide audience from all walks of music.”
– Musicwaves Magazine (France)

“Just What It Is – Great track.. This is what fun sounds like!”
– Triple J (Australia) 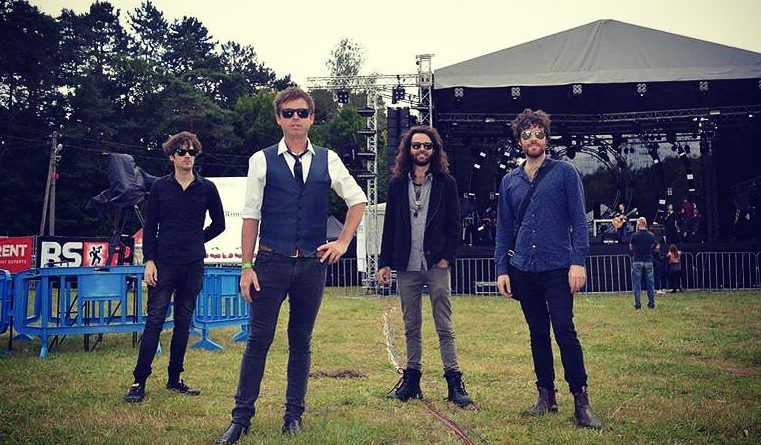 After being based in Melbourne and touring throughout the east coast of Australia, The USA, UK, Europe and Asia in his various bands for several years, Josh moved back to his home town of Fremantle in 2012.

To launch his solo career, Josh released debut EP ‘Half a World Away’ – a 6 track release comprising of old demos from the archives which were simply polished up and put out to the public.  First single from the EP ‘Reckless’ was written and recorded in Italy with producer Fabio Tumini over a 4-day wine-soaked burst of creativity, and mixed back in Perth by Andy Lawson (Basement Birds, Eskimo Joe). The  EP took fans on a journey through four particularly eventful years of Josh’s life, both musically and emotionally. Josh explains, “I think that the EP has multiple personality disorder of the musical variety. One track dabbles in dance grooves with synth, the next has a country twang, then some ‘60s organs with warm breathy vocals take place, and then an acoustic ballad to finish off. But at the end of the day, the thing that ties it all together is melody, meaning, and an emphasis on writing songs that connect with people. There is no wrong or right with music. Music is everybody’s therapy, it is there to make you feel emotion, whatever that emotion may be”.

Following the launches and hectic tour schedule for the debut EP, Josh spend 18 months writing and recording his debut solo album ‘Call in Whispers’ with Eskimo Joe’s Joel Quartermain. The album was been branded as Josh’s best work to date and has already produced 3 singles; ‘Walls’, Rain Dancer’ and the infectiously catchy and energetic ‘Brave Tin Soldiers’. Now with new album ‘II’ and a 4 month European tour under their belt, things just seem to be getting bigger and better for the Josh Johnstone Band.

Taking cues from the sounds of Boy & Bear, The Temper Trap, Matt Corby and Bob Evans, and marrying them with the pop sensibilities of acts like Foster The People and Empire Of The Sun, Josh’s experience writing for a range of stylistically different projects – as well as co-writing with Joel Quartermain (Eskimo Joe), Davey Lane (You Am I), Steve Parkin (Basement Birds), and Jen Chloer – has given him the perfect education to meld rock and pop together in sublimely diverse and catchy ways.