Kombi-A Train is a Cumbia band, inspired by the early 70’s Peruvian Cumbia boom. Infused in Psychedelic vibes, Salsa beats, Funk and Rock, Andean harmony and feel. Big and strong sonically, melodic and melancholic, in sync. Dance to it, groove to it! 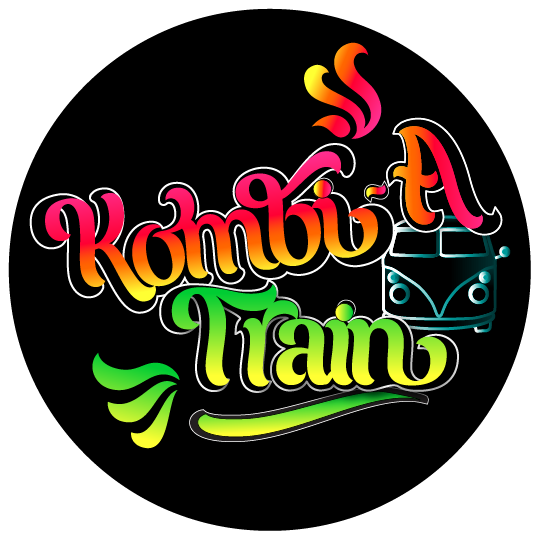 Kombi-A Train is a Cumbia band, inspired by the early 70’s Peruvian Cumbia boom. Infused in Psychedelic vibes, Salsa beats, Funk and Rock, Andean harmony and feel. Big and strong sonically, melodic and melancholic, in sync. Dance to it, groove to it!

Kombi-A Train is a rendition of Peruvian Psychedelic Cumbia. True Latin American music played by this WA based band formed by Latinos in the core. The band plays the genre of ‘Psychedelic Cumbia’ (aka ‘Chicha’), which started in the middle of the late 70’s oil-boom in the Peruvian Amazon with bands like “Los Mirlos”. Immediately took over Peru and the rest of Latin America, becoming the soundtrack of parties and festivals. This genre played by Kombi-A Train lately found resurgence through a number of bands mainly in United States and Peru since the early 2000’s and since then it has been taking various experimental forms in organic and electronic formats.

The music of the band is characterised by the drive and spice of original Cumbia and Salsa upbeat rhythms, the depth and space of Psychedelic experimental guitars, nostalgic Andean harmony and melody, a hint of rock and loads of dancing beats. Kombi-A Train, directed by Miguel, a Peruvian natural, refreshes some Chicha Standard tunes and the band ventured into original material in 2021 expanding Chicha with layers of Jazz and Afro-Peruvian influences.

Kombi-A Train finds its signature sound with two spatial and melodic guitars at the forefront, exchanging arpeggios and harmonised lead lines, a rhythm section of drums and Latin percussion that lock in the sassy grooves with deep (dub-like, at times) bass lines.
The band is making its debut in original material in early 2022 and it is looking forward to playing as many venues and festivals as they can handle it from 2022.
The lineup is based on a 5-piece core band, with two guitars, electric bass, drums and Latin Percussion. The larger format includes up to 4 more band members with a horn section (trumpet, baritone and tenor) and a dedicated synth/keys player.

The Kombi embraces and celebrates multiculturalism and plays with that natural energy of Latin music to engage people of all backgrounds. Latin Americans will enjoy ‘the imaginary journey back home’ while others will discover a world of fun with the tunes played by Kombi. 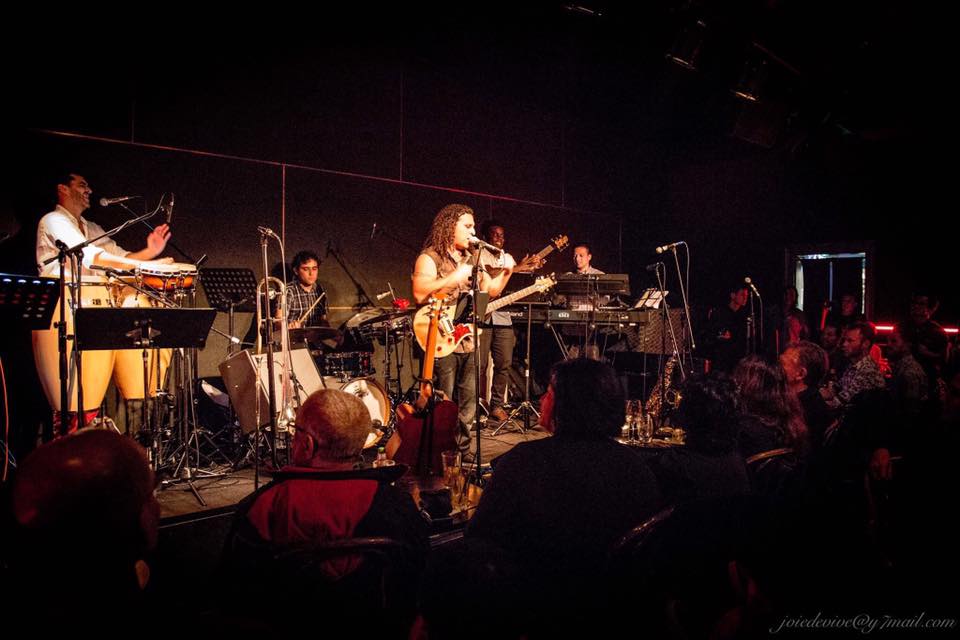 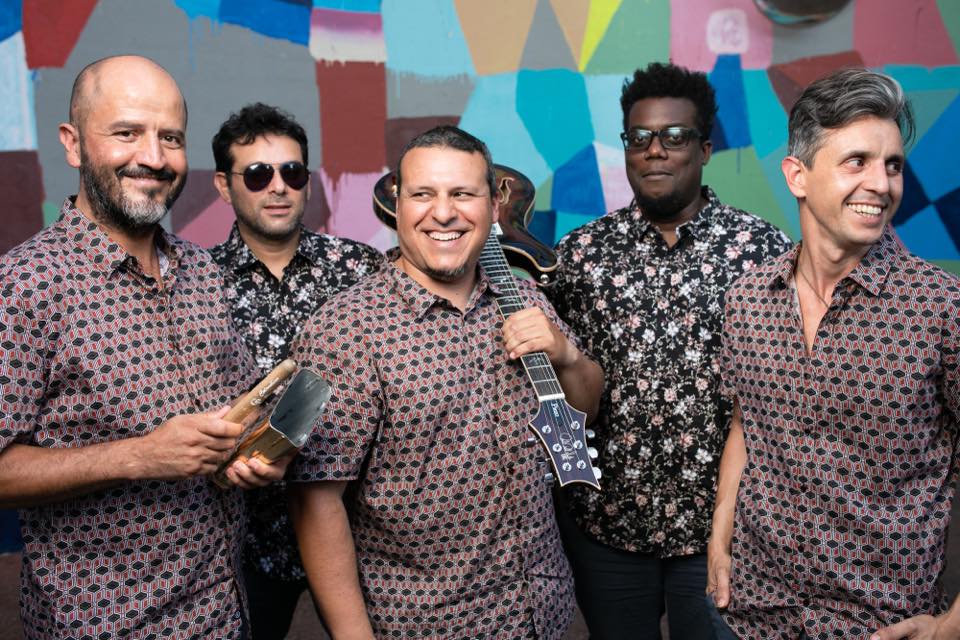