Pete Ashton is a stripped back version of his cover band Goodstock. Performing many recent radio hits, Pete also covers all those classics from the 50’s right through to the 2020’s… 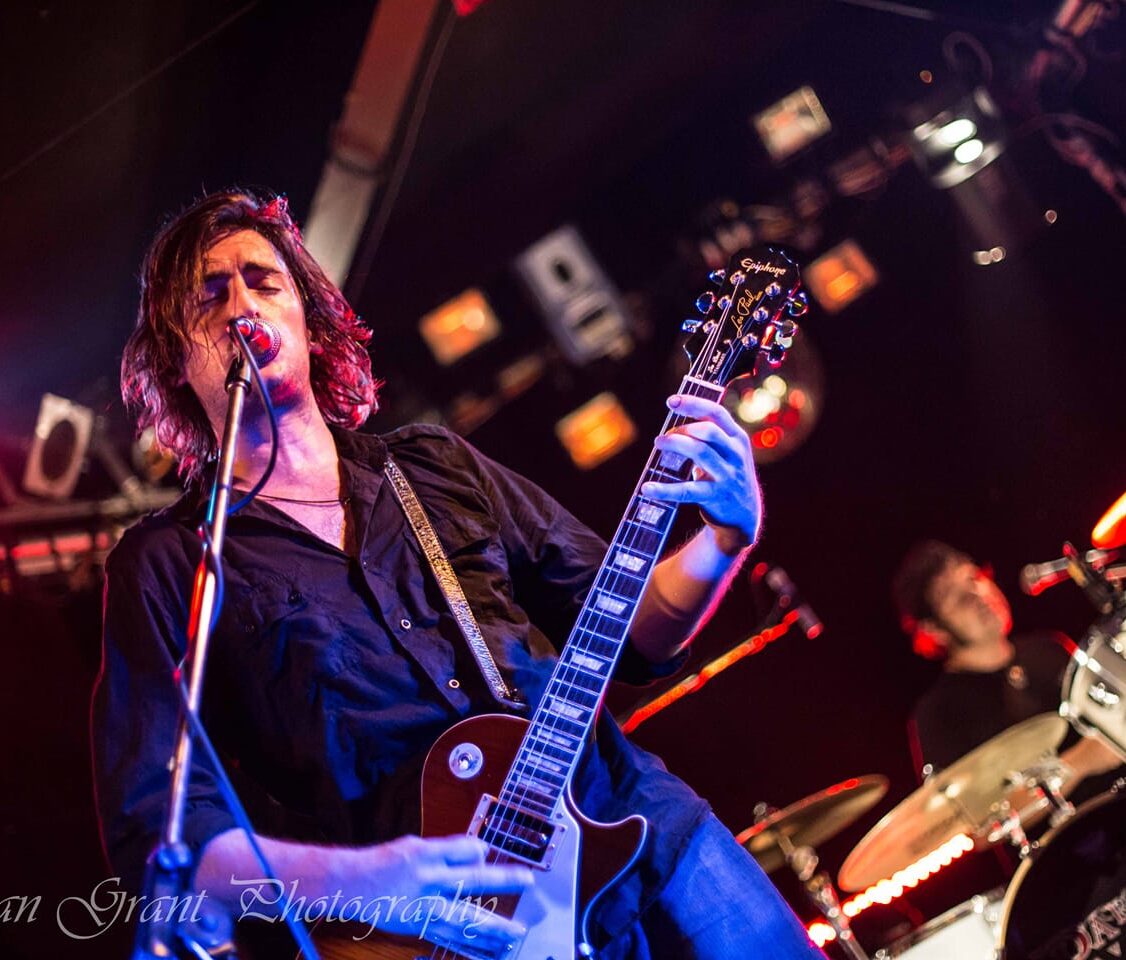 Pete Ashton Solo is a stripped back version of his cover band Goodstock. Performing many recent radio hits, Pete also covers all those classics from the 50’s right through to the 2020’s with the help of his comprehensive live stage set up. Combining his warm engaging vocals, guitar, stomp box, loop pedal, bass pedal, backing tracks and his vastly diverse set list, he has the capacity to delight any audience. From more upbeat rock/party-style songs to lighter lounge-style tunes, he can appropriate himself to suit any event.

Pete Ashton’s love for music started at the tender age of 5. As a quiet yet curious child, he spent many a night listening through his parent’s record collection inspired and excited by the artist’s ability to influence his thoughts and emotions. The records frequently left on the turntable included the likes of Billy Joel, The Beatles and Wilson Pickett. Pete started on drums in high school and played in a variety of original and cover bands throughout his late schooling years in Melbourne. Soon Pete decided that he wanted to explore having a melodic and more visual influence on the music he performed rather than being stuck on drums at the back of stage only overseeing dynamic and rhythm. So he started playing guitar. His guitar skills flourished after attending Sandringham College and he continued through to study Music Performance at Box Hill, NMIT (VIC) and eventually finishing a Bachelor of Arts degree at RMIT University (Music Performance and Music Business).

Throughout this time he played guitar and sang with many cover and original acts as well as solo at venues such as Crown Casino (VIC), the Esplanade Hotel (‘The Espy’, VIC) and Wild Bills Saloon Bar (VIC) and also performed in a variety of stage theatre bands. After moving to Perth in late 2007, Pete was reunited with the drum kit performing with local cover band ‘Inferno’, at many venues including The Exchange Hotel (Kalgoorlie), Breakers Tavern (Geraldton) and Novaks (Northbridge). After a 6 month stint with Inferno, he became increasingly interested in singing and endeavoured to front and run his own band eventually named ‘Goodstock’.

Pete has taken Goodstock and its various members on a journey throughout WA playing everywhere from the Ocean Beach Hotel, Elephant and Wheelbarrow, Mustang Bar (Perth), The Tambrey (Karratha) and Margaret River Tavern. In addition to Goodstock, he has performed with various cover and original bands including his own project ‘Parker Avenue’. These few years saw Pete perform LIVE on TV and local Radio, and with many other established musicians perhaps most notably Eddie Parise, Frank Celenza (Baby Animals), Chelsea Gibson, Jon Stockman and Chris Judd (Karnivool).
More recently Pete has been performing solo and in various cover/original acts stretching from around the Melbourne area, up to Coffs Harbour, up and around the Noosa and Whitsunday areas, even up to the Torrez Strait area and over through the Northern Territory. Some of the venues include The Vincent (Melbourne), RED-C Events (Coffs Harbour), Anchor Bar and Kitchen (Woolgoolga, NSW), Maguires (Mackay), Beaches Backpackers (Airlie Beach), Seisia Fishing Club, Thursday Island Bowls Club and Katherine Hotel (NT) to name a few. To date, Pete has delighted many an audience with over 1500 live performances across the Australian continent.

Besides music performance, Pete also engages in recording various music and video projects both from his home studio and on location. Within a few short years, he’s recorded/mixed and released 3 original EP’s, won an award for ‘Best Alternative Song’ for Parker Avenue’s ‘Imprudence’ (It Isn’t Dead EP), which was also distributed on ‘Poison Thorn Records’ via Sony, as well as complete countless demo and video projects. Pete has also worked in the TV and Radio industry as an audio engineer and location sound recordist. He has worked with PERTHSOUNDO, Digital Outpost etc; and production companies such as Soundbyte, Factor 30 and Powerhouse on various documentaries and TV commercials for RACV, SGIO, BHP, ECU, Woodside etc

Be sure to check out lead singer Pete’s trio GOODSTOCK.. if you are looking for something more full-band style:  (CLICK HERE) 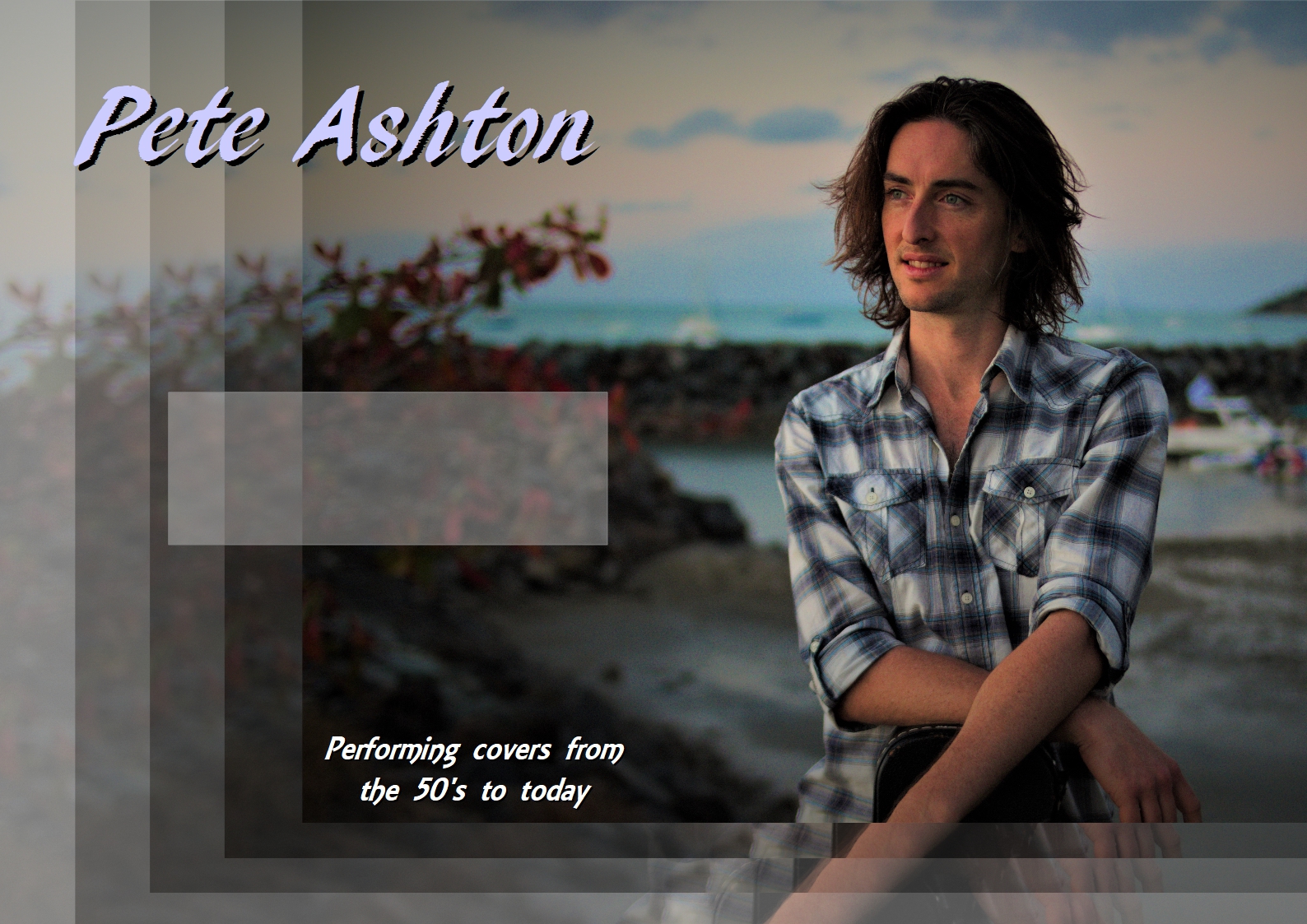